There are several ingrown toenail surgeries that can be used. Which surgery depends on a number of factors which include local state of the ingrown toenail, previous surgeries, surgeons experience or preference. There are some differences in recovery and aftercare which depend on the method that was used.

Recovery from complete nail plate removal surgery
Generally, no antibiotics are needed after this ingrown toenail surgery. If the nail plate was completely removed then right after the surgery non-adherent sterile gauze will be used for the dressing of the toe. On top of that, a compression bandage can be used to reduce the bleeding. Next, the patient should reduce movement. This is especially important during the first 24 hours. The leg should be elevated as much as possible. Pillows can be placed under the leg. Elevation reduces swelling, bleeding and consequently the pain will be also reduced. Acetaminophen and ibuprofen are used for pain reduction. After 24 hours, the dressing is safe to remove and the toe should be soaked in warm water. Before removing the dressing you should wash your hands with warm water and soap to reduce the possibility of wound infection. After soaking, the toe should be dried and a sterile gauze can be placed again on the wound. You should try to keep the toe and the wound dry during the healing period. Pressure on the toe should be avoided so you should not wear shoes which may apply pressure to the toe. One week after surgery you may wear more comfortable shoes. Your new nail will regrow after 4 to 6 months. You can expect that it will look different than the other nails due to the injury of the nail bed. 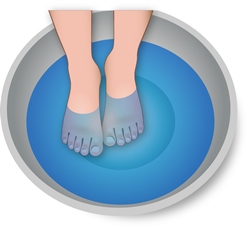 Recovery from removal of the toenail edge or toenail matrix ablation surgery
Nail edge removal and matrix ablation aftercare is similar to the other techniques. Non-adherent gauze will be used to prevent adherence of the dressing to the wound. A postoperative shoe can be used to prevent the further trauma to the nail. The patient should always keep the foot elevated. Acetaminophen and ibuprofen are considered to be strong enough to reduce pain. The dressing is removed after two or three days and the toe should be soaked in warm water or Epsom salt solution. These are safe to use during the period of recovery. Antibiotic ointment is applied to the wound during changing of dressing. Shoes should be avoided at the beginning but if you have to wear them, then sandals or wider shoes are best. 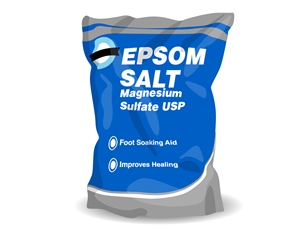 Recovery from partial nail plate or toenail matrix removal surgery
This technique is also called the Winograd Procedure and it is commonly used for ingrown toenail surgery. The toe will be dressed after surgery and it should not be removed for the next 48 hours. The leg should be elevated all the time to reduce bleeding and swelling. After that period of time, the dressing can be removed and it is safe to begin soaking the toe. Either warm water or Epsom salt soaks can be used. After, the toe should be dried and antibiotic ointment can be applied. This should be repeated a few times per day. Shoes should be avoided for the first five to seven days. During that period of time it is safe to wear postoperative shoes which do not have a toe box. Thereafter the patient can start wearing wider shoes that prevent pressure on the toes. 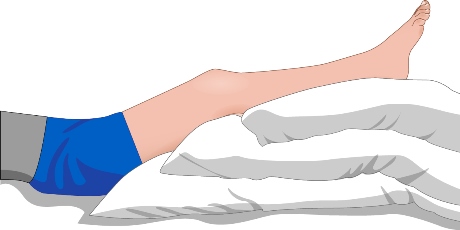 Recovery from nail plate and germinal matrix removal surgery
It is important to know that the nail will not appear the same as other nails if this ingrown toenail surgery technique is performed. The recovery process can take up to six to eight weeks. The presence of infection prior to surgery will prolong the recovery period. Immediately after surgery, non-adherent gauze is used and the toe is dressed with a sterile gauze. It should be worn for two days. During that time, the leg should be elevated. After 48 hours the dressing can be removed and the toe should be soaked in warm water. Epsom salt soaks can also be used. After each soak, the toe is again dressed using gauze. Antibiotic ointment should also be applied. Pressure must always be avoided, postoperative shoes can be used for the first 5-7 days after surgery. After that, either wider shoes or open toe shoes should be used.

Recovery from partial nail fold or toenail matrix removal surgery
Before performing this surgery, the patient should be informed that with this technique the newly grown nail will appear different. Also, the patient should know that after ingrown toenail surgery he/she will not be able to wear shoes for the next ten to fourteen days of recovery. Even after that period of time, there might be problems if shoes are worn for extended periods of time. Non-adherent gauze is used for the first dressing together with sterile gauze. Elevation of the leg is highly recommended for patients during the first couple of days. After that soaks can be used. The toe can be soaked for ten to fifteen minutes in a warm water or in Epsom salt bath. This process should be repeated several times per day until the wound heals.

Recovery from nail fold reduction or removal surgery
This is a less invasive surgical technique. The nail will not be changed. This procedure is based on excision of soft tissue around the side of the toenail which will reduce pressure from the nail plate. It should not be removed for the first 48 hours. After that, soaks can be used. It is important to dry the toe after soaking and to use sterile gauze for dressing until the wound is healed. The sutures will be removed after seven to ten days. This depends on the speed of wound healing. Shoes should not be used for the first seven to ten days after ingrown toenail surgery.

Recovery from terminal Syme procedure
This procedure is very invasive and it will change the appearance of the toe forever. It is important to follow all recommendations for this type of ingrown toenail surgery to help wound healing. The first dressing of gauze should not be removed for the first 48 hours. It is important to keep the foot elevated during that period of time to prevent swelling and bleeding. Acetaminophen and ibuprofen can be used as pain killers. After that, the patient can start walking but only in postoperative shoes or in shoes without a toe box. The dressing should be changed every couple of days until the wound heals. Then, the sutures can be removed. On average this is 14 to 16 days following surgery. After that, the patient can start walking using wider shoes.

Treat Your Ingrown Toenails at Home

100% Guaranteed to Work or Your Money Back!